The sharing economy ends up sharing a ton of labor’s earnings with middlemen like Uber and Airbnb, and $38 million-funded Origin wants the next great two-sided marketplace to be decentralized on the blockchain so drivers and riders or hosts and guests can connect directly and avoid paying steep fees that can range up to 20 percent or higher. So today Origin launches its decentralized marketplace protocol on the ethereum mainnet that replaces a central business that connects users and vendors with a smart contract.

“Marketplaces don’t redistribute the profits they make to members. They accrue to founders and venture capitalists,” said Origin co-founder Matt Liu, who was the third product manager at YouTube. “Building these decentralized marketplaces, we want to make them peer-to-peer, not peer-to-corporate-monopoly-to-peer.” When people transact through Origin, it plans to issue them tokens that will let them participate in the governance of the protocol, and could incentivize them to get on these marketplaces early as well as convince others to use them. 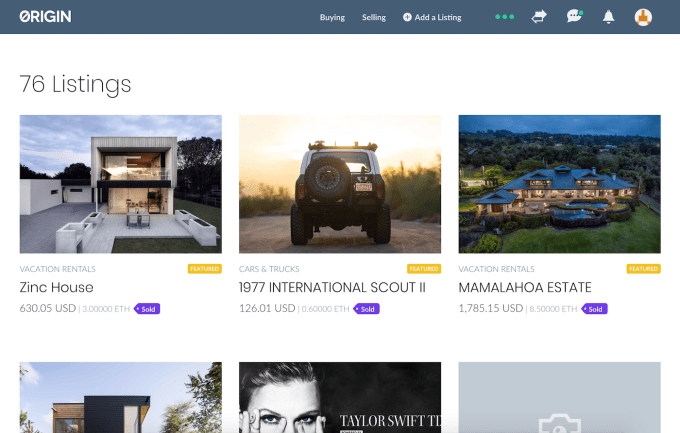 Today’s mainnet beta sees Origin offering its own basic decentralized app that operates like a Craigslist on the blockchain. Users can create a profile, connect their ethereum wallet through services like MetaMask, browse product and service listings, message each other to arrange transactions through smart contracts with no extra fees, leave reviews and appeal disputes to Origin’s in-house arbitrators.

Eventually, with the Origin protocol, developers will be able to quickly build their own sub-marketplaces for specific services like dog walking, house cleaning, ridesharing and more. These developers can opt to charge fees, though Origin hopes the cost-savings from its blockchain platform will let them undercut non-blockchain services. And vendors can offer a commission to any marketplace that gets their listing matched/sold.

It might be years before the necessary infrastructure like login systems and simple wallets make it easy for developers and mainstream users to build and adopt DApps built on Origin. But it has plenty of runway thanks to $3 million in seed token sale funding from Pantera Capital, $6.6 million raised through a Coinlist token sale, plus $26.4 million in traditional venture funding from Pantera Capital, Foundation Capital, Garry Tan, Alexis Ohanian, Gil Penchina, Kamal Ravikant, Steve Jang and Randall Kaplan.

“Marketplaces are at the core of what makes the internet so valuable and useful and the Origin team has one of the most promising blockchain platforms for the new sharing economy — with currency baked in — this could be really disruptive (and one of the best utilizations of the ethereum blockchain),” says Ohanian, the Reddit and Initialized Capital co-founder.

Liu and co-founder Josh Fraser came up with the idea after trying to imagine the downstream effects of ethereum. Liu recalls thinking, “What if we could replace dozens of multi-million and multi-billion-dollar companies with open-source protocols that aren’t owned or controlled by anyone?” 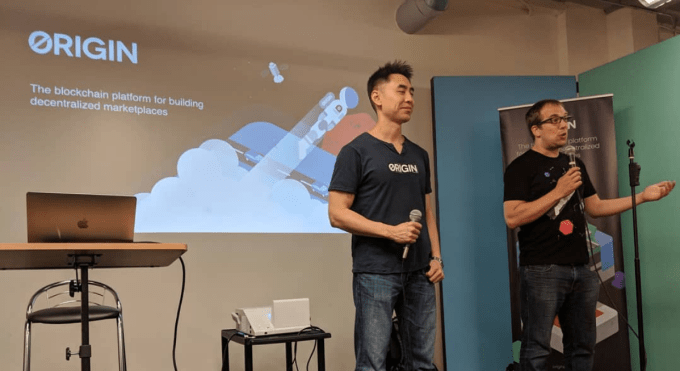 So why would marketplaces want to build on Origin instead of creating their own blockchain or traditional proprietary system? Fraser tells me smart contracts can save money, but that “these individual pieces are incredibly difficult to build,” so he sees Origin as “analogous to Stripe — able to abstract away all the friction of building on the blockchain.” Indeed, 40 marketplaces have already signed letters of intent to build on the protocol.

If Origin reaches critical mass, it could also benefit from the concept of shared network effect. Users only have to sign up once, and can then interact with any marketplace built on Origin. That means new marketplaces that builds on the protocol instantly has a registered user base.

Origin will face some stiff challenges, though. There’ll be a chicken-and-egg problem of getting the first marketplaces signed up before there are users on its self-sovereign identity platform, or getting those users aboard when there’s little for them to do. Liu admits that timing is the startup’s biggest threat. “We believe that decentralized marketplaces are inevitable, but a lot of smart people seem to think we’re too early and that we should be focused on building lower-level infrastructure instead,” the co-founder says. For us, we’d rather be too early than too late.” 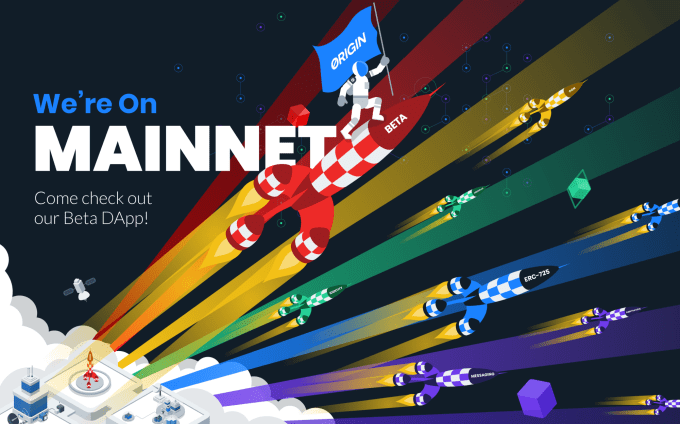 There’s also the trouble of leaving actors in a capitalist system to treat each other properly without a centralized authority. If an Uber driver treats you terribly, you can complain and get them kicked off the platform. Even with Origin’s review system, abusers of the system may be able to continue operating. It’s easy to imagine its arbitration service becoming completely overwhelmed with disputes. Luckily, Origin has made some strong hires to tackle these challenges, including Yu Pan, who it says was a PayPal co-founder, former head of Dropbox’s NYC engineering team Cuong Du, and Franck Chastagnol who previously led engineering teams at PayPal, YouTube, Google and Dropbox.

Origin’s success will all come down to usability. Your average Uber driver or Airbnb host is no blockchain expert. They vend through those apps because it’s easy. Those centralized organizations are also highly incentivized to fulfill transactions quickly and smoothly in ways prohibited by eliminating fees. Origin will have to effectively make the blockchain aspects of its service disappear so all users and vendors know is that they’re paying less or earning more.