MasterClass, the education platform featuring all-star instructors, will soon teach you how to run for office, too

Now, backed by $80 million in fresh funding that it closed on earlier this month, the fast-ballooning company is looking to expand on ways to attract new people to its platform, and two of those new areas center on business and politics. So said co-founder and CEO David Rogier at an industry event in San Francisco last week hosted by this editor. More specifically, he said to expect classes on how to run for office and how to govern with the next year, which is perhaps unsurprising given that a record number of people are running for Congress this year, including record numbers of women.

In fact, Rogier — who has taken some of MasterClass’s storytelling workshops — took attendees behind the scenes to share quite a bit about MasterClass, including how it is consumed by users, how it approaches marketing spend and why he thinks it’s five to eight times stickier than online education platforms that promise users credentials of one kind or another.

He was interviewed by Sarah McBride of Bloomberg; excerpts of their chat follow. You can also see video of their conversation below. 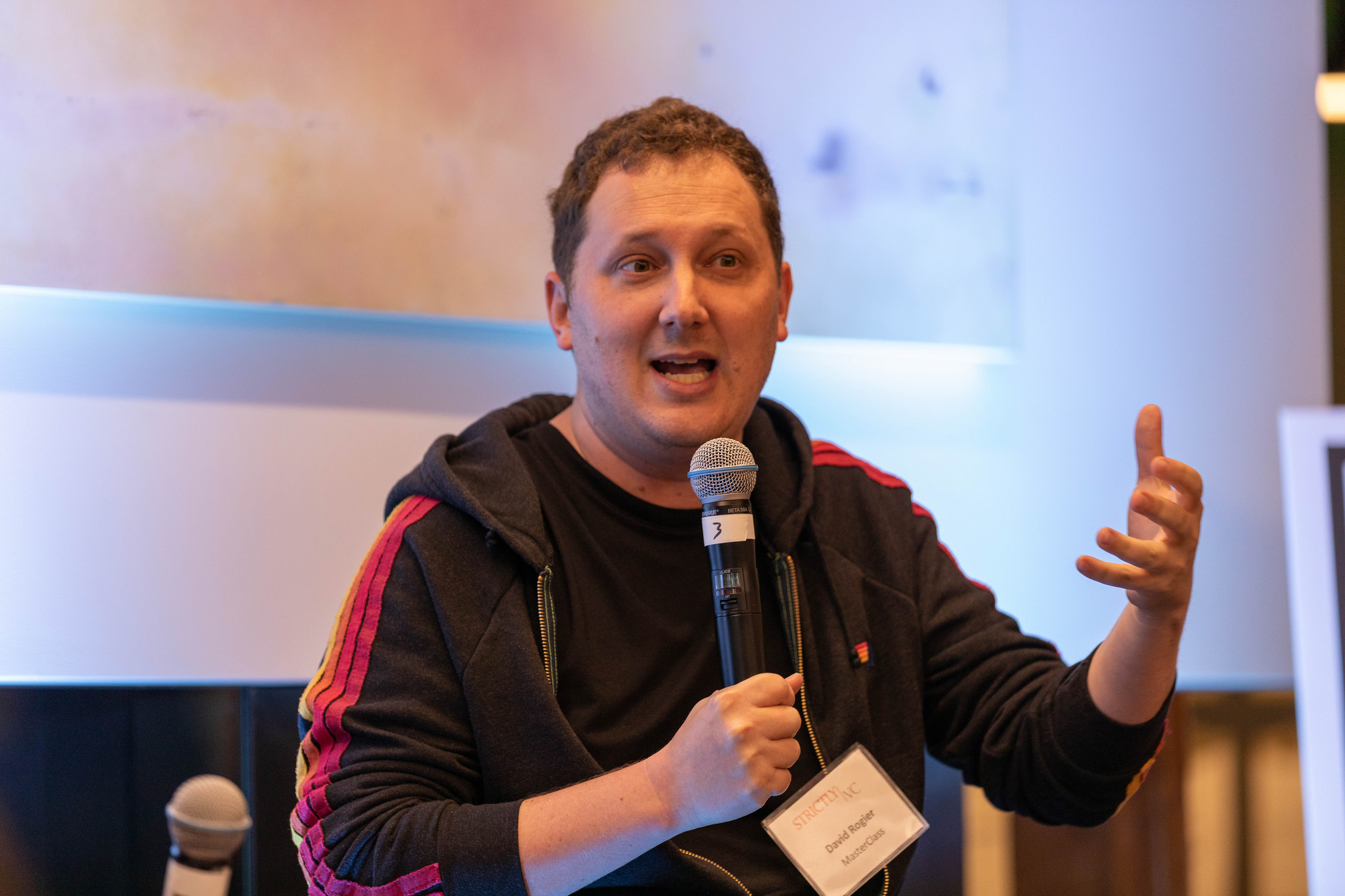 On which class Rogier might recommend to someone new, to give them a flavor of what MasterClass offers:

We did a class with Hans Zimmer, a film composer who has composed songs for every single film you’ve ever seen. I’d never heard of Hans Zimmer before [he signed on to do a MasterClass]. I’m also not very good with beats and rhythm. But he starts the class by saying, ‘Every time you play a note, it asks a question — then answers it.’ And I was like, what kind of crap is that? And then he plays it on the keyboard, and I was like, holy shit, and [the class] has changed the way that I hear music.

On how MasterClass decides on who to invite to the platform:

We do lots of work to figure out who people want to learn from. It’s a combination of: who is among the best in the world, and who is somebody who [customers] think they can actually learn from?

I maybe shouldn’t say this out loud, but one of the people who people love but they don’t want to learn from is Will Smith. I love him as an actor; I think he’s really great. But even though he has the most fans on Facebook and the world, people don’t want to learn from him, when you ask them, because they say he’s tall and handsome and charismatic and funny. Like, I can’t be those things!

How Rogier and his team lined up talent for the MasterClass platform in its earliest days:

It probably took us a year [to line up the early talent]. I mean, we cold-emailed and cold-called everybody who we could.

I remember we wanted a class from James Patterson. James Patterson is the best-selling author in the world, and I cold-emailed everybody I could — his speaking agent, his [primary] agent, his PR person. The only response I got was from a guy who claimed to be his speaking agent. I got so excited. Me and my co-founder Aaron [Rasmussen] go and prepare a pitch. We pitch him. And the guy says, ‘Sorry, James isn’t interested.’ I was really heartbroken. It was the first hot lead we’d had in a long time. And then I’m walking down the street in Los Angeles, and I get a call from a number I don’t recognize, and I say, ‘Hey, this is David.’ And this guy goes, ‘Hi, I’m Jim Patterson.’ And I’m like, ‘The author?’ He’s like, ‘Yes.’ And I’m like, ‘I’m very surprised to hear from you.’ He’s like, ‘I’m a surprising guy.’ [Laughs.] And he said, ‘If the timing works, I’d love to teach.’ And I was like, ‘Sir, I’m pretty confused right now, because I thought I just got a no.’ And he asked who I’d spoken to, and he was like, ‘I don’t know who the f*ck that person is.’ 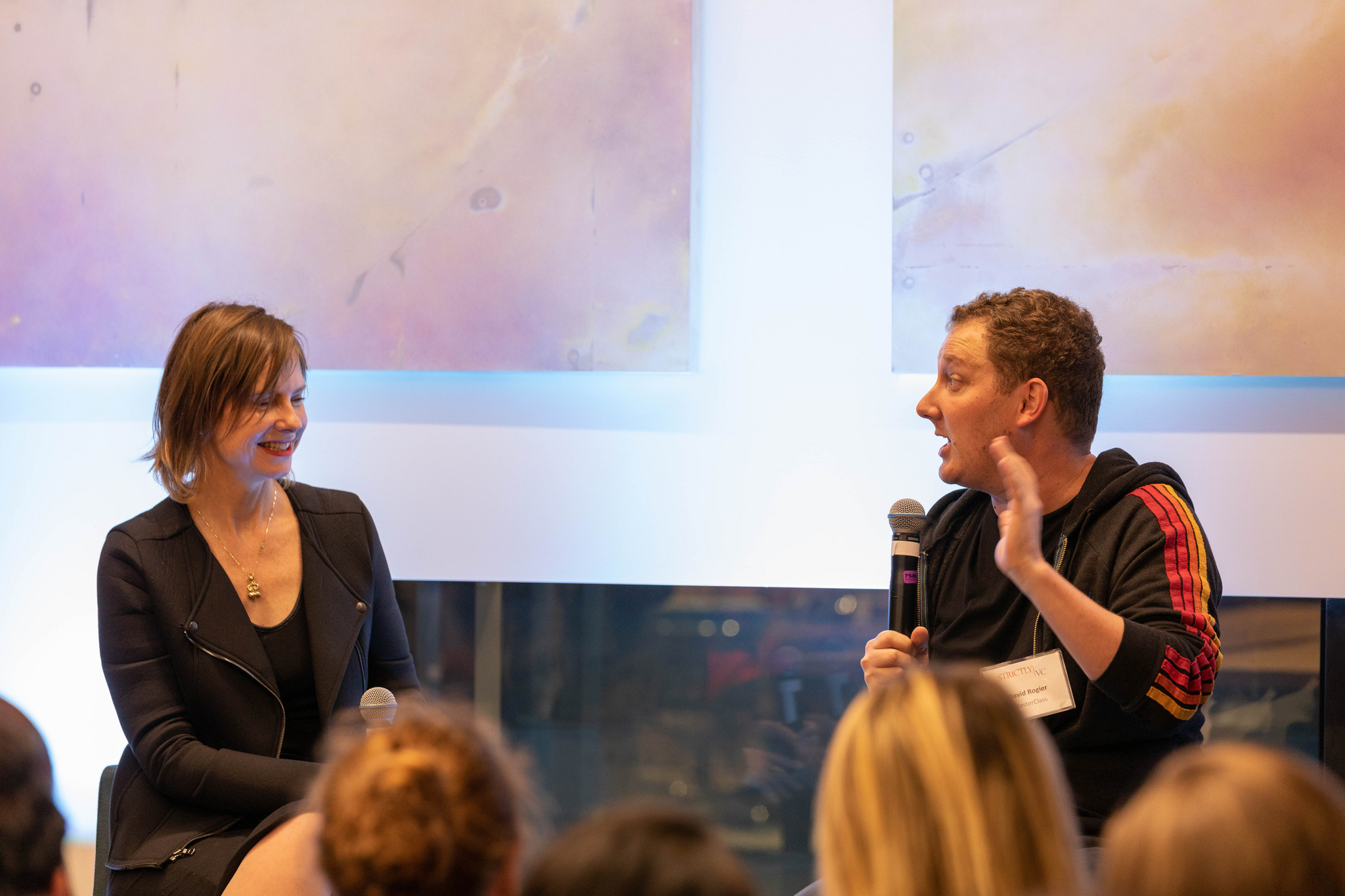 On how MasterClass compensates its all-star instructors:

It’s a mix of structure, but we want to make a deal where they share in the upside. It’s a mix of either a fee or a back-end [royalty].

Why some of MasterClass’s courses may seem similar but are distinct, in his view:

With Martin Scorsese, we were talking to him about what does he want to teach and how, and he’s like, ‘The only way to learn film is to watch film.’ So I think it’s a total of eight hours where you are sitting with Martin Scorsese as he breaks down film. Compare that to Ron Howard, who did a classroom on directing and who’s like, ‘The last thing you want to do is watch film. What you have to do is actually make film.’

On the evolving revenue model of MasterClass, which used to center around charging $90 per class:

By the end of last year, it started being expensive to take our classes, and a big part of our goal is to make it possible for anybody in the world to learn from the absolute best. So we did lots of testing, and what we rolled out was, for $180 a year, you get access to everything, and that has just blown up. That’s now over 80 percent of our revenue, and we raised [that] $80 million [Series D round] off that success.

Rogier on the classes whose popularity has most surprised him:

I’m not surprised that a cooking class from Chef [Gordon] Ramsay does well, or that Steph Curry’s class does well. I’m surprised by some other folks. We have a class from a guy by the name of Deadmau5 . . . and that class is phenomenal. And it’s like a total surprise. He is [an electronic music producer] and for those who don’t know, he wears an actual mouse helmet because he’s afraid of people.

He literally can’t play music, so when he writes songs, he drags the notes on the screen until he hears the sound he likes. I mean, that’s a crazy way to write a song! But his classes on how to write the tracks do really well. Another we just launched, Chris Hadfield, the former commander of the International Space Station, [who teaches about space exploration] — he’s much less well-known but that’s also doing great. So the ones I’m surprised by are the ones that are lesser-known.

On how much of the classes are actually consumed, start to finish (and why):

The average MOOC sees 4 percent of people finish a class. Our rate are five to eight times that.

I really think online social education is stuck where it was when we were all in school when, if you actually want to make great compelling education, it should be just as engaging as watching a movie. We actually bring aboard a lot of filmmakers to help us make the class, beside educators, so as a result, we see much higher rates [regarding] how people engage.

But one of the most interesting things for us is that, because it’s not for school credit, you actually follow what you’re interested in. And so as a result of that — and this is a crazy stat — but roughly one-third of the people who start with the Steph Curry class on basketball end up taking a class on screenwriting. All of us have things were care truly, deeply in, but there are also things that you just want to know a bit about.

Users want that breadth . . .[In fact] we’re also going to go into business and how to run for office and how to actually govern. Over the next year, there will be lots of new categories.

Rogier on what MasterClass has learned about its customers’ consumption habits (whether they are viewing on their phones, in extended sittings, etc.):

Before we launched the $180 yearly subscription, it was: you watch it and you take notes. [The new model] has totally changed how people consume [MasterClass]. Oftentimes, they’re still at home in front of a big screen or the iPad. Also, they usually [view] it in chunks. So they sit down for half an hour and consume; they then come back and consume more. [Last] people seem to consume one class at a time. You go through as much as you’re going to go through with Chef Ramsay before [moving on].

On when MasterClass began spending on marketing and where:

My rule around paid marketing is to only spend it if you’re going to make money off it. It just happens to be that on social and on the web, it’s a great market for us, because we can target people who like photography. And you know, especially early on, this wasn’t a thing that you searched for you. You never searched for the idea: ‘Can I take a photo class from Annie Leibovitz.” But [online] has been a really effective channel for us.

It’s a tricky question because we don’t really see trends across age or gender.  How we talk about internally is, before the subscription, a big chunk of [our customers] were actually pros. It was, I’m a professional in that category and I want to get better for my job. The second group was, I love this as a passion. What we’ve seen now since launching this all-access pass is a new group of people that people just love to learn and believes that, if I learn, my life will be better.

Walgreens takes a minority stake in Birchbox, which will now come to its stores