NTWRK, a video shopping app that has helped to popularize the idea of live-streamed commerce in the U.S., announced today it’s closed on $50 million in new funding led by Goldman Sachs Asset Management and global luxury group Kering, owners of luxury brands Gucci, Yves Saint Laurent, Bottega Veneta, and others. The company has been working to capitalize on the growing interest in live commerce and creator content, and shifted into live virtual events and festivals as Covid-19 ravaged the U.S. last year. Now it says it will invest in furthering its growth and working to establish a more global footprint.

Other participants in the new round include LionTree Partners and Tenere Capital. They join the company’s prior backers:  Main Street Advisors (whose investors include Jimmy Iovine, Drake, LeBron James), Live Nation, Foot Locker, and others. Allison Berardo, a Vice President within the Growth Equity business within Goldman Sachs Asset Management, will join NTWRK’s board of directors.

Aimed at a younger crowd of Gen Z and millennial consumers, NTWRK offered tools that allow creators to interact with viewers and sell products in real-time, in what’s been called a mix of QVC, Twitter, and Twitch. The experience blends commerce with entertainment, as viewers watch and chat with other viewers and hots in real-time, as they shop for streetwear, shoes, collectibles, and other items. The company has also created its own exclusive content where it’s featured hosts like Billie Eilish, Juice WRLD, DJ Khaled, Odell Beckham Jr, Eddie Huang, Blake Griffin, Alexander Wang, FaZe Clan, Nadeshot, Jonah Hill, Gary Vee, A$AP Ferg, Wu-Tang Clan, Doja Cat and others. (It even invested into FaZe Clan last year, we should note.)

Its business model extends beyond just offering live video shopping that you can tune into at any time, as it also regularly features product drops that work to build up anticipation and excitement. This sort of feature is only now making its way to larger social media platforms, like Instagram, which introduced drops just this spring.

NTWRK has also embraced live events and virtual festivals as another way to engage audiences. Last year, for instance, it ran TRANSFER, which featured 30 brands and artists, panels, interviews, DJ sets, and musical performances. It also ran BEYOND THE STREETS, a virtual art fair that attracted over 250,000 attendees. Earlier this year it ran a two-day designer toy and collectibles festival, Unboxed, as the first of a slate of digital events which have subsequently run throughout the year, including Surface Festival, a virtual food festival, and virtual home goods festival. It’s now gearing up for the return of its flagship event, TRANSFER. 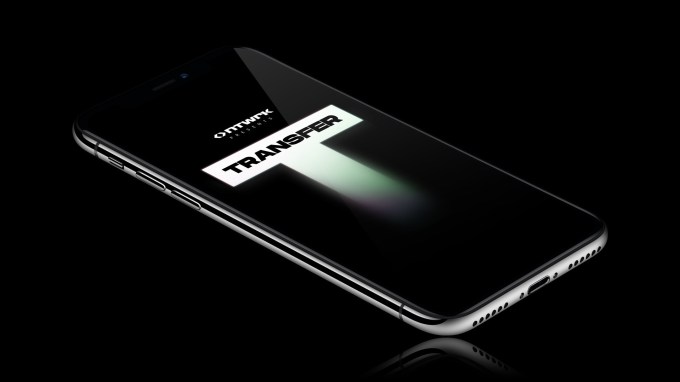 This summer, NTWRK also embraced the world of digital goods with the launch of NTWRK NFT, its own curated shop for unique crypto art from creators like BADBOI, Imaginary Foundation, MILKMAN, Young & Sick, Fafi, KidEight, MGOGLKTKO, and Eddie Gangland.

Livestream shopping is already a popular activity overseas, but is still gaining ground here in the U.S. The company, in announcing its news today, noted that livestream shopping in China reached $150 billion in 2020 and is expected to grow to $300 billion this year. But in the U.S. it’s expected to reach $11 billion by the end of 2021 and $25 billion by 2025, leaving much room for growth.

“Our vision is to become the biggest, most culturally relevant, livestream shopping marketplace for Gen-Z and Millennial audiences who are obsessed with pop culture,” said NTWRK CEO Aaron Levant, in a statement. “It’s exciting for NTWRK to have Goldman Sachs and Kering sign on for the future of livestream shopping.”

NTWRK had previously raised a $10 million Series A, according to Crunchbase data.