Meesho has more than doubled its valuation in less than six months, to $4.9 billion, as a growing number of high-profile investors back the Indian social commerce startup that is reporting strong growth despite the pandemic.

The Bangalore-headquartered firm said on Thursday it has raised $570 million in its Series F financing round, following a $300 million Series E in April when it was valued at $2.1 billion. Fidelity and B Capital Group co-led the new financing round, bringing the startup’s all-time raise to over $1 billion.

Meesho — which counts Sequoia Capital India, Y Combinator, and Elevation Capital among its earliest investors — operates a three-sided marketplace that connects suppliers (manufacturers and distributors) and resellers with customers on social media platforms such as WhatsApp, Facebook and Instagram. The resellers buy listed products from the suppliers and make commission on each transaction when they sell to customers.

About 80% of resellers on the platform are women, said Aatrey, who co-founded Meesho with Sanjeev Barnwal in 2015. From the beginning, the startup has aimed to help women start their business without need for any capital.

The two engineers got the insight to start Meesho after spotting that merchants in India were always in touch with their customers on WhatsApp and shared information about new inventories. Some recounted that WhatsApp was driving 30% to 50% of their sales even as the workflow was clumsy. (WhatsApp has amassed over half a billion users in India. Nearly every user in the country with a smartphone uses the Facebook-owned service.)

“When we started in 2015, what was mostly available online was branded products that were being sold to tier 1 customers,” he said, adding that mostly smartphones, other electronics items and branded fashion products were popular then. “Everything else was primarily offline.”

“India is primarily an unorganized market; 80 to 85% of the entire retail GDP is unstructured and long-tail and run by small businesses. But what had gone online at the time was the exact opposite of it,” he said. 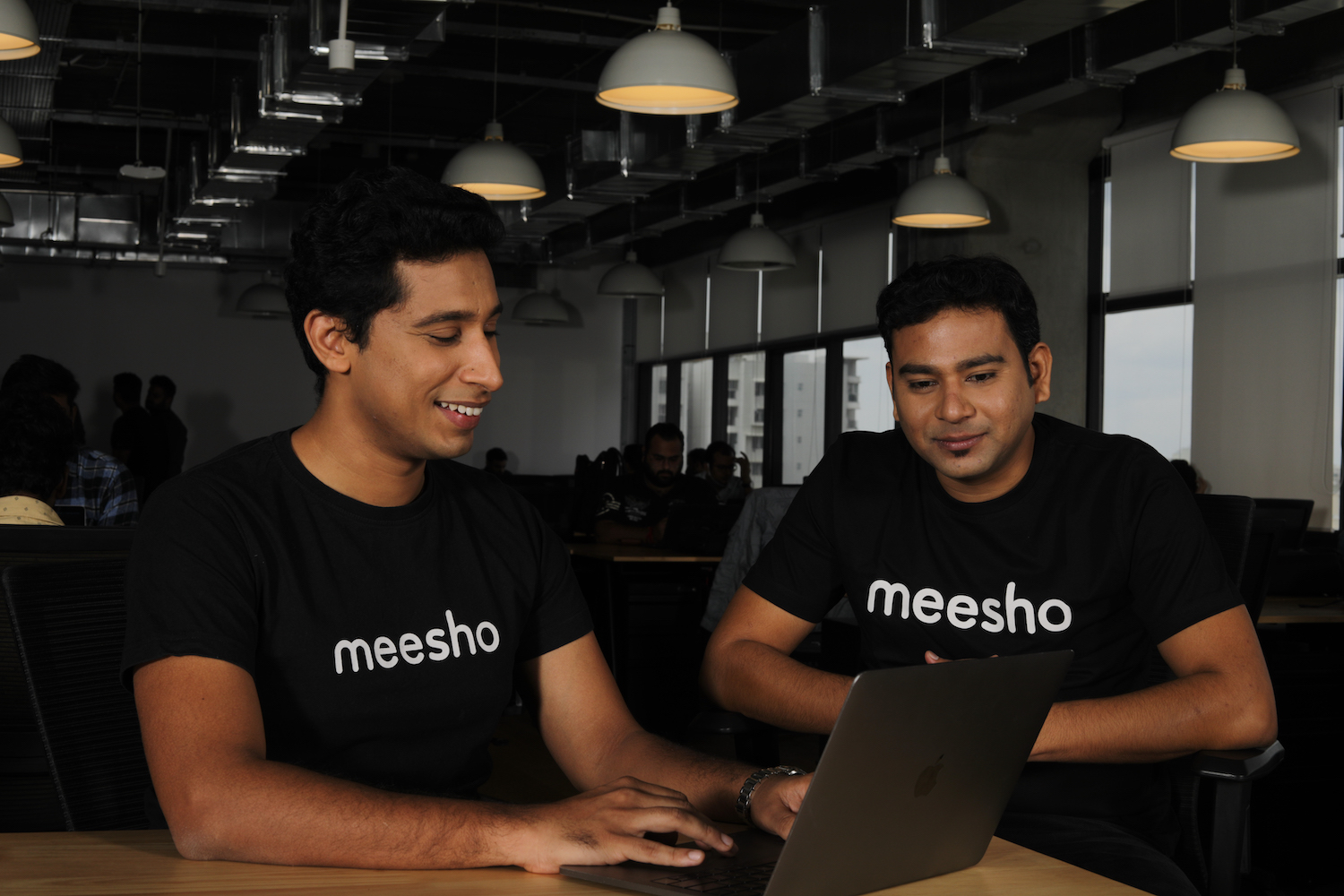 That’s not to say the startup immediately found success. In the beginning, an early investor in Meesho recalled, Aatrey used to package and make deliveries himself. But things have changed dramatically over the years.

As of April this year, 13 million entrepreneurs and over 100,000 suppliers were using Meesho. Aatrey declined to share new figures, but said “we have grown 3x since the previous fundraise.” Meesho, which like other e-commerce firms was severely impacted by the first wave of the pandemic last year, has fully recovered.

He added that the startup has become a complete “horizontal player, where customers are buying from every category, including fashion, lifestyle, personal care, electronics and accessories, and automotive.”

Earlier this year, Meesho expanded to the grocery category, and Aatrey said the startup is making fast inroads in the space. The startup plans to deploy the fresh capital in part to broaden its research and development efforts and it hopes to increase its team by three times in the next 18 months, he said. It has set an ambitious goal to reach 100 million transacting users by the end of next year.

At stake is the world’s second-largest internet market, where e-commerce has hardly made any dent to the overall retail. Just the social commerce market is expected to be worth up to $20 billion in value by 2025, up from about $1 billion to $1.5 billion last year, analysts at Bernstein said earlier this week.

“Social commerce has the ability to empower more than 40 million small entrepreneurs across India. Today, 85% of sellers using social commerce are small, offline-oriented retailers who use social channels to open up new growth opportunities,” they wrote.

A look at the social commerce market in India and China, where this new e-commerce trend first took shape. (Image Credits: Bernstein)

Flipkart, the largest e-commerce platform in India, has taken notice, too. The firm recently launched Shopsy, its social commerce offering, and said it hopes to onboard 25 million resellers by 2023. Southeast Asian giant Shopee appears to be preparing to launch in India. TechCrunch reported earlier this week that the firm, which is owned by Sea, has quietly launched its seller service in the country. Bernstein analysts, citing their own sources, said they expect Shopee to launch in the South Asian market next month.

“We have evaluated e-commerce opportunities across emerging markets and are excited about Meesho’s focus on strong unit economics and a consumer-first approach,” said Kabir Narang, founding general partner at B Capital Group, in a statement.

“Meesho’s business model has an incredibly compelling value proposition with entrepreneurs, end customers, and suppliers consolidating on one platform. It has rapidly emerged as a leading player in this space. Meesho is now enabling 100 million SMBs across tier 2+ cities, empowering them to sell online, leveraging its digital commerce platform.”